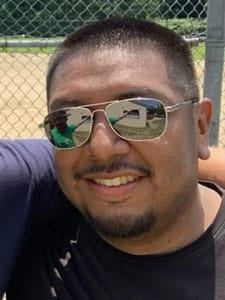 Lucas grew up and lived most of his life in New Jersey. Over the years he did well in school and realized that he had a passion for cars and anything with a motor. He started following this dream of working with his hands at the age of 20 where he found his way into the automotive field as a mechanic. In his mid twenties alcohol began to play a big part in his life which ultimately effected his lifestyle, friends and family started to notice. His life became dark at times and he was at a loss of which way to turn. He made several attempts to figure out what the root of the problem was and how to fix it. To no avail he still struggled until he was introduced to Riverbank House where he was given the necessary structure and guidance that he needed. He asked another man in AA to be his sponsor, he was surrounded by like minded people, got into a healthy routine, and asked for help.
Riverbank House helped him grow as a person and Luke know lives a healthy sober life as a member of the Riverbank House Staff. He is grateful for the opportunity he was given and now helps people at every chance he gets, especially with the new men who struggle just as he did.