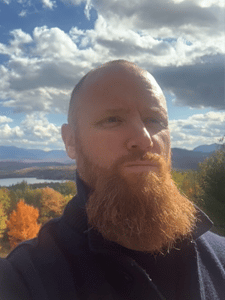 Michael grew up locally around the Laconia area. He found his obsessive thoughts initially began around what others thought of him and of course sports.

Like many others the obsessive / intrusive thoughts turned towards alcohol and other substances. This took hold and the term “off and running” began & was not interrupted for many years.

Thankfully law enforcement intervened & getting the nudge from the judge began an introduction to the local recovery community.

There’s more to the story however in late 2003 Michael was able with help to remain abstinent. Soberity then recovery & ultimately recovered. Uninterrupted recovery continues for Michael today.

Having worked in the recovery / treatment field since 2010, he relies heavily on the twelve step approach as well as other teachings which further assist his own recovery which he shares with enthusiasm to others.

Michael worked at riverbank from 2015 – 2020. It’s a blessing to come back to a community I’ve loved and I know cares about me.